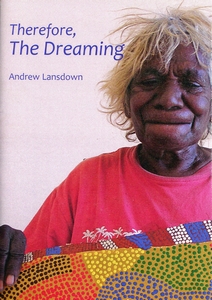 The title poem is reproduced below:

Far from Home, the Blower

Close off one end of the didgeridoo
and look down the other—
that’s how black he is, this Kimberley man.
He has come to the school for the didgeridoo.
He wants to take it back to his cell,
but I cannot give him permission
immediately. This is a maximum security prison:
procedures must be observed. So
he is playing it now in the literacy room.
I tell the officers he will be staying
for the afternoon. He is playing it now.
His eyes are closed and he is tapping
the plastic seat with his thumbnail
as the pipe drones at his feet.
Abruptly, in a gesture of harmony,
he breaks his rhythm. That lillgah,
he says. I do not understand.
Lillgah, he says, slowly, several times.
I cannot get it right. Lillgah—like tuning.
Making didgeridoo same as singer.
He plays again. A singer silent to me
is chanting in the channels of his ear.
He listens, trying to match his music
to the key and rhythm of the voice.
We always do this, start
with lillgah. If the singer not happy
with one blower, he get another.
Me a deep blower. He blows again. Indeed
the drone is deep. But I never knew
it could be otherwise. Some singers are high.
You know? Clear. He throws his head back,
taps his throat, and sings—high, nasally,
rhythmic, in ‘language’.
I know this singing, but its meaning
is ancient and alien. He is singing
and we are in harmony. I do not
ask for meanings. But I say,
Sing low then, Simon. And he sings
low and husky, unlike anything
I have heard before. The blower
must be the same. See?
He plays again. A different rhythm.
An officer comes in, jangling
his keys. O freedom! I do not look up.
The didgeridoo drones vibrantly,
striking up a resonance in my soul.
Taut or slack, spiritual chords
are strung across the hollow
at the heart of every man.
No man is mere matter—therefore
the Dreaming. ‘Kudda, brother,’
one of the tribal men from Kalgoorlie way
calls me. A man from Noonkanbah Station
greets me behind these walls as ‘Papaji,
brother.’ Simon does not call me ‘brother’,
but he is playing the didgeridoo
for me. He breaks off suddenly. Now
the young girls come in. Jdirree-jdirree.
He flicks his hands, makes a few staccato
movements with his torso. Wanga.
That the Law. The women start first.
He begins again, the familiar droning
tempered by new rhythms and sounds.
And somewhere in the didgeridoo
a brolga begins to dance and cry.
The men this time. First the brolga
dance. He stops again. Now
a dingo. She crying for her pup. And
distant through the droning, a dingo
barks and howls in the hollow
of the didgeridoo. When I was initiated …
He is rehearsing his life.
And I am a cut and ochred
hollow branch: he speaks into me
evoking a sympathy that, in turn, stirs
his heart to a symphony of longing.
When I am made a man, the blower
he’s playing all day. Never stop.
He be giving me his wind.
And they give me a didgeridoo, to be
a blower. But I never play
all day for initiation. I never be picked
to play all night for corroboree.
I only play short time. For fun.
You know? Maybe for white people too.
For fun. Like frogs. Gningi-gningi.
I can’t catch the words.
He is sharing unfamiliar things
in a voice too quiet and quick. A good blower,
he cut his tongue with spinifex.
He pokes out his tongue. It is very pink
against his purple lips. He runs his thumbnail
down the tip. Yours cut? I ask.
No. Too fat. But good blower,
he listens. He hears. He gets the wisdom of it.
He cuts his tongue, gets plenty sounds.
Plenty wind. Like tortoise. Like crocodile.
You know? His gaze is distant.
He is dreaming. To be a blower,
he says, to be a didgeridoo-man
is good. You know? Get respect. Get proudness.