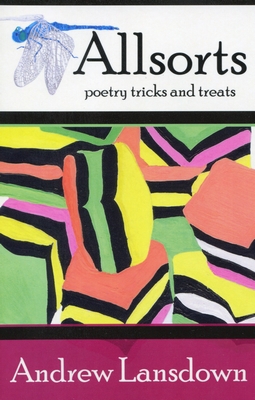 “Created with careful precision and an artist’s eye, Andrew Lansdown’s poems warmly invite us to celebrate animals and birds, insects and plants, people and planets. Through his poetry we explore the colours, smells, sounds, sights, shapes and textures of the world around us. You will enjoy their gentle humour and subtle insights, leaving you richer, wiser and deeply aware of the mysterious power of words.”

In this new book by award-winning poet Andrew Lansdown, limericks and haiku jostle with rhymed verse and free verse to bring to life crazy critters, odd bods, fantasy worlds and the natural world. Allsorts is a collection of all sorts of poems that all sorts of people will find as colourful and sweet as a packet of liquorice allsorts.

The final 70 pages of Allsorts include personal observations from the poet about the poems in the collection, a comprehensive glossary of poetic forms and techniques, and a set of seven indexes identifying the poems that employ these different forms and techniques. These pages will prove an invaluable resource for anyone who wants to learn more about the poet’s craft, including students, teachers and aspiring poets.

Grandma and the Mouses

Our grandma grouses
about the mouses
in people’s houses.

She says, ‘It’s not nice
to let weeny mice
run about the hice!’

‘Yes,’ we says, ‘it’s news—
they gnaws and they chews
and they does doo-doos!’

She knuckles her hands
and we understands
the whacking she plans!

Oh, thinks us, what luck!
Our Gran’s got more pluck
than piglets in muck! 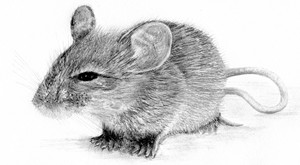 I’m being a bubblegum!’

‘You’re such a clever fish, son,

but be careful you don’t … burst!’ 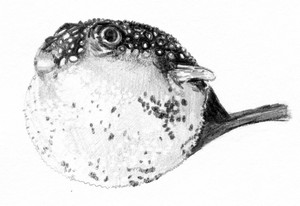 The Elephant Who Lost His Tail

requested one more in the mail,

for he’d seen an ad

in brochures he had

of a Pachyderm Spare Parts Sale.

was riding the surf on a whale

when the postman came

and left to his name

a parcel as long as a rail.

returned from the sea when a gale

into a white horse

as he ripped the pack

the shop had sent back

by return and registered mail.

cried aloud with a woeful wail.

‘My hopes are all sunk!

They’ve sent me a trunk!

They ought to be bunked in a jail!’

refused to give up or to fail.

He whittled the trunk

and wore it with spunk

fixed fast to his bot’ with a nail. 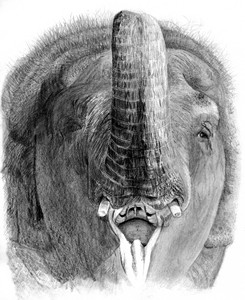 in the sunlight on the lawn—

get back to your twig before

the pet rabbit tries a plum

then an almond leaf. 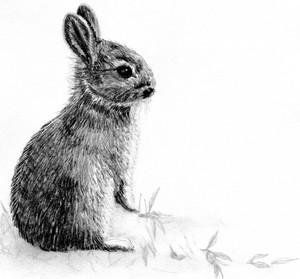 Allsorts offers all sorts of poetic treats, for adults and children, including haikus, limericks, short and longer poems in a variety of forms, all in Lansdown’s inimitable style; often amusing and always celebratory of the natural world. There are delightful black and white illustrations by Susan Lansdown and a major final section including a q and a where Lansdown discusses his “poetry ideas”, and a list of definitions of poetic techniques and forms. As an introduction to the pleasures as well as the discipline of reading and writing poetry for young and older readers this book could not be bettered.

What Poetry Is Really About

Andrew Lansdown, many of whose poems have appeared in Quadrant, has here compiled a large collection of his work, mainly shorter poems. It seems primarily intended to introduce children to poetry, but can also be read by adults with pleasure and profit.

“Pleasure and profit” is, in fact, an inadequate phrase. For much of the book is more profound than that: although a lot of the work is very simple, at its best it opens windows onto the transcendent.

Since he began writing in the early 1970s and despite suffering from several disadvantages, including being a West Australian and outside the Sydney and Melbourne poetic cliques, as well as being a professing Christian—indeed a pastor—Andrew Lansdown has acquired an impressive record of poetry publications as well as a number of best-selling children’s novels in the “Dragonfox” [Chronicles of Klarin] series.

While the poems are written in a great variety of styles, a large number are about the natural world—birds are a very frequent subject—and a Japanese influence can be seen in the spare descriptiveness of the writing. Another influence is the poet William Hart-Smith, who Lansdown befriended in his old age when he settled for a time in Perth.

The kestrel is so
still against the steady wind
it seems to be pinned
to the sky—like a kite held
by an invisible string.

Lansdown has rejected the destructive injunction—perhaps the worst and most harmful thing ever said about poetry—“A poem should not mean, but be.” His poems certainly are—their images are solid—but they have meaning as well:

I see on my feet
black leather and laces brushed
with orange pollen—
the dandelions have made
enormous bees of my boots!

The poems add up to an invitation to celebrate the wonder of life, sharply delineating little details—the coloured hood of a parrot, the “second life” of a sea-shell assumed as a home by a hermit crab. A series on caterpillars shows a fascinating mastery of technique applied to one of many improbable subjects. One poem, “A Remembrance of Robins” has many of the characteristics of a villanelle, a form I thought virtually extinct. There are also assonant rhymes in some of the haiku:

The camera clicks
and to my hand the startled
red dragonfly flits.

Andrew Lansdown is a Baptist minister, and, like a Medieval craftsman, has the Greater Glory of God at the back of all his work, although for the most part these poems are not overtly religious in the conventional sense. In this way like The Lord of the Rings, the presence of God is always an awareness but seldom mentioned.

“Christmas Tree” is an example of a devotional poem that is also a descriptive piece on the West Australian tree Nuytsia floribunda. It is typical of Lansdown’s unobtrusive mastery of technique that it takes a couple of readings to see that not only is each verse in a haiku form, but rhymed or half-rhymed as well:

Rejoice! Even the odd,
the unlovely and misshapen
may offer gifts to God!

Christmas trees are ugly
trees. Their leaves are tatty and dull
and their limbs are straggly.

Their wood’s a carpenter’s loss
being too weak to bear the weight
of a rafter or a cross.

And yet on Christmas Day,
between banksias and eucalypts,
by roads and in paddocks, they

blaze with a beauty that hurts
the eye. (See them fling their nuggets
into the sky’s blue skirts!)

Nuytsia floribunda:
a little tree with gifts of gold
on the Day of Wonder!

The book concludes with a seventy-page section on poetic form and techniques, a welcome rarity at a time when poetry has been dominated by free verse which has often degenerated into mere pointlessness and meaninglessness. Anyone setting out to learn the essentials of the poet’s technique will find this section most helpful.

The making of this book is particularly valuable at a time when public poetry, under the influence of “educationists” and arts bureaucrats, has been reduced to a variety of clowning (apparently this is now often considered the only way to get children interested). Allsorts shows us, and reminds us, what poetry is really about.

The book is illustrated by the poet’s wife, Susan. Like the poems, the illustrations are often simple but meaningful and effective.

Review of Allsorts for the 2012 Caleb Poetry Prize

This book is aptly named as it contains all sorts of sweet delights. If you are a teacher feeling a bit lost about teaching poetry in class, or just someone who wants to learn more about the craft of poetry, you will find this book an invaluable tool.

Not only is Andrew Lansdown one of Australia’s best imagist poets, but included in the book are some personal observations about poetry, the best way to write a limerick, where ideas come from and ideas for writing poems as well as outlining different ways of writing e.g. quatrain, haiku, rhymed poem, sonnet or tanka.

Andrew explains techniques such as assonant rhyme, couplets, and alternating rhyme just to name a few and talks about ways of creating sound effects in poems using devices like onomatopoeia or rhyming tercets, and examples of using assonance, imagery or metaphor. To make it even easier for teachers and students of poetry, he has included an index which highlights each poem’s form and poetic techniques. So if you are looking for a ballad, a syllabic poem, a rhyming quatrain, sestet, or a villanelle, it points you in the right direction of examples. The index also highlights specific topics e.g. poems concerning animals, home, imagination, ocean or birds, which Andrew Lansdown is particularly fond of writing about.

Poems are arranged according to colour—the colours of liquorice allsorts. Colours are red, yellow, white, green, orange and black. Some of the poems in this collection are humorous and whimsical, like The Snaffle and There was an African Lion or The Elephant who Lost His Tail. Others are delicate snapshots.  Among my favourites are Fuchsia Wrens, Summer, The Japanese Gardener, Dressed to Kill, Genesis, Christmas Tree and Ball of Gold.

Andrew Lansdown has the knack of showing us that a poem can be about any subject even pesky mosquitoes. He provides plenty of examples to make you think differently about things or to make you laugh or smile. Wombat Books and Studio Journal are to be congratulated for collaborating to produce such a great collection of poems for children and adults to enjoy.

First published in 2012 on the Omega Writers’ website: http://www.omegawriters.com/wp/?page_id=860