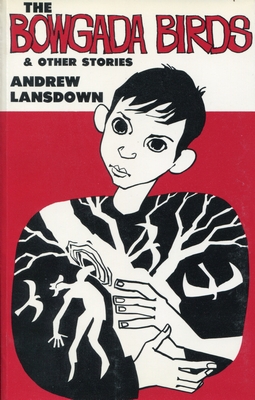 Title story from The Bowgada Birds

Reg Wallace had been robbing nests for four years. But it was not a hobby. Once when a mate asked for a bird gratis, Wallace laughed. ‘I only ever gave two things away—a boomerang and a homing pigeon,’ he said. ‘And I got both them back.’ Until five weeks ago he had not even given his son a bird.

He was employed by the railway as a pumper, but he was best known along the Wongan-Mullewa line for his bird trade. He had made a name for himself. On the rare occasions he looked in on the pub at Perenjori, someone standing cockatoo for the flock of drinkers would cry, ‘Here’s a galah!’ And the patrons would down their drinks, crook their arms, and flap and squawk. Then someone would shout him a drink, hoping for a free bird, only to be disappointed.

Talking birds—cockatoos, cockatiels, corellas, galahs, parrots—were in great demand. In the city, too, people wanted talking birds to keep them company or to amuse their children. And while many railway men had begun to cash in on the trade, Wallace was still the man most likely to have what you wanted or to be able to get it.

It was October, the middle of the breeding season. So on his days off, Wallace was flat strap collecting fledglings. The birds had to be taken young, otherwise it was difficult to teach them to talk.

Five Sundays back, arriving home at dusk, he said to his son, ‘Got a mob for ya this time, lad.’

The boy reached up to take the sacks.

‘Aren’t ya gonna ask if I got ya a bird?’ he asked as he lifted the sacks over the horse’s rump.

The boy, hardened by past disappointments, shrugged.

Wallace felt irritated. He dropped the sacks into his son’s hands and spurred his horse towards the holding paddock.

The boy carted the sacks to the back veranda. He tipped the birds out and began to settle them into the fruit cases that were to be their new homes. As he put them out, he felt his heart rising to them. They were so pathetic, so lovely. But the joy that he had in them was ruined by the knowledge that they all would soon be gone. Not one of them was his to keep. They were hungry now, and squawking, their heads back, eyeing him urgently. He covered the crates with Hessian sacks, which quietened them slightly.

He was grinding some wheat through an old cast-iron mincer when his father came. His mother opened the flywire door from the kitchen.

The long-billed corellas, or Bowgada birds as they were known in the area, were scarce. That, coupled with the fact that they were the best talkers, made them the most valuable.

‘Yeah,’ he said. He unbuttoned his shirt and withdrew the little bird. ‘Trouble is, it’s got a broken wing. Cryin’ shame. Could’ve got a guinea for it, too. I was gonna clobber it, but then I thought Johnny might like it. For a pet.’

‘I’ll find an old sock,’ his mother said, turning back into the house.

‘Oh, Dad, thank you!’ The boy’s heart had hatched and was chirping. ‘Thank you!’

‘Yeah well, first up, feed them others,’ Wallace said, accepting a hug. ‘They’re worth dough.’

With uncharacteristic enthusiasm, the boy ran to the kitchen to get hot water to mix with the grist. He carried the Bowgada bird with him.

His mother cut the end off a sock and pulled it over the fledgling. ‘That’ll hold its wing in place,’ she said.

The boy kept the bird on his lap during dinner. And because he wanted to keep it in his room overnight, his mother found an empty tin—a square tea tin with a round opening—for it to sleep in.

Long after the child should have been asleep his parents heard him droning, ‘Johnny’s bird, Johnny’s bird.’

‘I hope he doesn’t neglect them others,’ said Wallace.

‘He won’t,’ his wife said. ‘He’ll be more careful now than ever.’ And warmed by his kindness to their son, she was warm to him that night.

The boy woke them in distress early the next morning. ‘I can’t get him out!’ he cried.

Wallace’s first impulse was to bellow at the boy for waking them so early. When he appraised the problem, however, he laughed. The bird had struggled free of the sock and had spread its wings so that it could not be extricated from the tin.

But his father’s humour impressed the boy as cruelty. He ran from the room, crying.

Wallace became angry. ‘The kid’s a sook!’ he said, and he forbade his wife to go and comfort him. He kissed her, remembering last night, but she would not respond. ‘Go on then,’ he said—not bitterly, but not with regret either.

She found the boy on the back veranda, holding two of his father’s parrots—one in each hand—in a bucket full of water. He was in shock. The parrots had bitten into his fingers as they drowned. Blood wafted up through the water like brown smoke. The tinned cockatoo struggled beside him.

After she had tended the boy’s wounds and buried the parrots, she cut the Bowgada bird free with a pair of tin-snips. She prepared breakfast in a flurry, trying to invent a story for her husband. He might not notice the missing birds for a few days, but eventually an explanation would be required. His mind was like a ledger book.

Over the following weeks, when he was not pumping water from the railway dam for the steam engines, Wallace collected more nestlings. He found three Major Mitchell cockatoos, which were almost as valuable as the big corellas. The “almost” annoyed rather than pleased him. By the end of the fourth week, of the original batch, all the birds had been sold except the boy’s pet.

The Bowgada bird was in full plume. Except for its forehead and lores, which were turning red, it was intensely white. Only once did the boy allow it to grub in the garden. Its wing had set well, and it spoke fluently. ‘Johnny’s bird,’ ‘Stone the crows,’ ‘G’day mate,’ and ‘Goodbye Mum,’ was its repertoire in the Queen’s own. The boy had done a fine job with it.

But Wallace coveted the bird. He looked at it and saw a pound note. His son’s obvious delight in the pet merely enhanced its desirability. And his greed was exacerbated by the fact that, in all his expeditions over the intervening weeks, he had not found another Bowgada bird. So, when in the fifth week he learnt of a stationmaster at Wongan Hills who wanted a trained corella, he made arrangements to send the pet down on the Saturday evening freight train.

When the boy woke on Sunday morning to find his bird missing, when he learnt from his mother of its sale, he became hysterical. He rushed into the yard to find his father’s horse laden with sacks, climbing ropes, axe and waterbag.

His father stepped from the outhouse, buttoning his fly.

‘I hate you!’ the boy screamed. ‘I hate you and I hope you die! I hope a snake bites you like Charlie’s dog! I hope you fall out of a tree! I hope Blackie throws you like old man Wilkins!’

Although badly shaken by the child’s outburst, Wallace remained outwardly unmoved. He mounted his horse.

‘I’m sorry, son,’ he said. And he was. He spurred his horse and it strode away.

In the bush, as usual, he picked up a sandalwood cutters’ trail and began to follow it. The sandalwooders’ tracks were like watercourses, following the path of least resistance, meandering and criss-crossing through the bush.

Wallace normally rode wherever a track led, taking care only to avoid the areas he had covered previously. When he found a nest he would either climb the tree or chop it down. Today, however, unsettled by his son’s wrath, he decided to head for the country out back of Bowgada siding, twelve miles away. The big corellas were most plentiful in that area.

It was mid-morning before he reached the corella country. He had spotted a number of galahs’ and parrots’ nests on the way, but had stopped at none. He was after Bowgada birds. Perhaps he would give one to his son. But he did not allow himself to say this—and if he had, there were no witnesses. Nonetheless, his mind was troubled by a vague intention. The boy’s vehemence had shaken and shamed him. As he meandered towards the big timber country through the hakea and melaleuca scrub and the low woodlands of mallee, the lust to make money faltered before the urge to make amends.

About midday he saw in the distance a small flock of corellas lift like white ash and waft away in the heat-haze. Arriving at the site, he noticed a hole in a salmon gum where a branch had snapped flush with the trunk. He stopped to investigate.

The hole was about seven feet from the ground. Standing on tiptoe, he could latch his fingers into the opening, but he could not crook his arm down into the hollow. He banged the trunk: a startled squawking emanated from the wood.

The trunk was on a lean, and the hole was on the lower side, so it was quite impossible to rob the nest by climbing the tree. And as the trunk was thick, he was reluctant to chop the tree down. So he decided to try for the nest from the back of his horse.

He stationed the animal beside the tree, stepped into the stirrup and onto the saddle. The cavity was deep, almost the full length of his arm.

He had barely touched the nestlings—two, he felt—when his horse shifted. He lost his footing. His arm snagged in the hollow as he fell, and the humerus snapped with the sudden shock of his weight. He blacked out.

Returning to consciousness, he was ambushed by pain. It clubbed and stabbed him. He vomited, his stretched stomach muscles tearing as they convulsed.

Flies multiplied about him. The heat intensified.

He began to wheeze, like a man with asthma. ‘Hanging on the cross,’ he remembered a pastor saying one Easter long ago, ‘Christ would have found it hard to breathe.’

‘Oh Jesus!’ he cried, and then forgot.

His attention wandered towards a periodic sound, a tearing noise amplified by the midday stillness. He turned his head to find his horse grazing nearby, cropping the tough native grasses.

He called to it, coaxing. It took no notice. He yelled at it, cursing. It wandered away.

A Bowgada bird alighted on a branch slightly above and before him. He looked up, squinting against the sun. Another bird alighted. They raised their crests and bobbed their heads, screeching.