Andrew Lansdown is the author of twenty-one books and eight chapbooks of poetry and fiction. His poems, stories and essays have been published in over seventy magazines and newspapers and are represented in over one hundred anthologies. They have also been read on ABC and BBC radio, and translated into several languages. 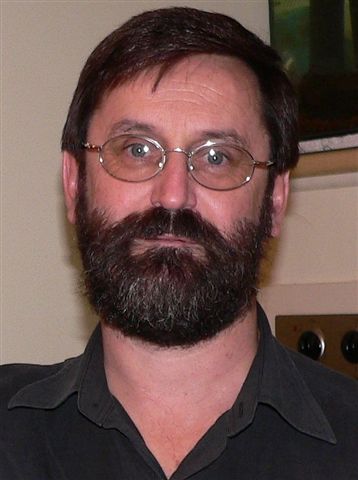 Andrew’s fantasy novel, With My Knife (Omnibus Books, 1992) was shortlisted in 1994 for both the National Children’s Book Award and the Western Australian Young Readers’ Book Award. The first edition of With My Knife was reprinted three times in Australia (1992, 1994, 1996) and was published by Scholastic in the United States under the title Beyond The Open Door (1993). A sequel, titled Dragonfox, was published by Scholastic in Sydney in 1997. It was also nominated for the Western Australian Young Readers’ Book Awards.

In acknowledgement of Andrew’s poetic achievements the City of South Perth included one of his poems in its Poetry Park, established in 2008 in the Neil McDougal Park, Como. The poem, “Happiness” (from Between Glances), is printed on a two-metre free-standing Perspex panel, the first of twelve panels that line the park’s Walk of Honour for Western Australian poets.

Among other things, Andrew has worked as a tutor at various tertiary institutions and TAFE colleges, an education officer in various Western Australian prisons, a pastor of two churches, a journalist on a country newspaper and the editor of a bimonthly magazine.

Andrew lives in Perth, Western Australia. He is married to Susan and they have five adult children.

He can be contacted at andrew@andrewlansdown.com

The Oxford Companion to Twentieth-century Poetry in English

LANSDOWN, Andrew (1954—   ), was born in Pingelly, a small town south-east of Perth in Western Australia. He gained arts degrees from both the Western Australian Institute of Technology and the Murdoch University before becoming for a time a tutor in creative writing at the former institution, which later was renamed the Curtin University. Since then he has worked as an education officer in various prisons in Western Australia, a grim occupation which has done surprisingly little to affect his work.

Few Australian poets have been so prolific and consistent. At 37 he has already published six collections of verse, with a seventh ready for publication. From his first book Homecoming (Fremantle, 1979) he has adopted a Christian stance and, perhaps as a result, his work has been neglected and undervalued. A collection of poems for children, A Ball of Gold, was followed by Counterpoise (Sydney, 1982), Windfalls (Fremantle, 1984), Waking and Always (1987), The Grasshopper Heart (1991), and Horse with Lipstick (1992—all Sydney). Lansdown is a miniaturist, a poet attentive to the smallest details of nature, and to subtle domestic emotions. The effect of his work is cumulative, so that his poems can seem slight when considered separately; their style is precise and direct, and never ostentatious. Unusually for a poet of the late twentieth century, the mood in his poems is generally one of contentment or joy, causing fashion conscious readers to overlook his consistent technical excellence.

If I were to prepare an alphabetical list of Australian poets who are outstanding and whose first books have been published since 1980, my list would be ridiculously long. It would have to include Judith Beveridge, Kevin Brophy, Elizabeth Campbell, Caroline Caddy, Jennifer Compton, Tricia Dearborn, Stephen Edgar, Peter Goldsworthy, Philip Hodgins, Carol Jenkins, Andrew Lansdown, Anthony Lawrence, Bronwyn Lea, Emma Lew, Stephen McInerney, Homer Reith, Gig Ryan, Philip Salom, Andrew Sant, Shen, Craig Sherborne and Alex Skovron. Some of these poets are very different from each other and might look askance at their bedfellows. But all have written memorable and exciting poems. (emphasis added)

Excerpt from “New poets mine rich seam of language” by Geoffrey Lehmann in The Australian, 21 February 2009.

Over the years, various poets have paid tribute to Andrew and his work by dedicating poems to him. Among them are the eminent Australian poets Les Murray, Shane McCauley and Peter Kocan.

3. AusLit, the Australian Literature Resource, which documents the literary works of Australain writers since 1780, has itemised 788 of Andrew’s published works. View the introductory page to AusLit’s “Lansdown, Andrew” bibliography.

4. The Australian Broadcasting Corporation has produced a 40 minute program on the poems of Fontanelle. It is titled “I Could Teach Bamboo About Emptiness – The Poetry of Andrew Lansdown” and was Broadcast Saturday 4th June 2005 on Radio National as one of the weekly Poetica series.

6. The Quadrant magazine website has archived many of Andrew’s poems published in the print magazine since 1998.