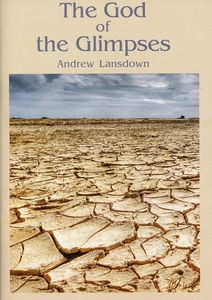 The God of the Glimpses

The eminent Australian poet, Les Murray, has said, “James McAuley, the tough anti-modernist Australian poet of last generation, was a super hymnodist. Probably the only greater Australian Christian poet is Andrew Lansdown” (Image, Issue 64, Winter 2009-10). The poems in this short collection, a series of dramatic monologues exploring the life of the prophet Elijah, help to explain why.

A poem from The God of the Glimpses

They Came from the West

I followed the brook upstream into the hills
and found the cave where I used to play
when I was a boy and didn’t know
the world was a lost and lonely place—
a place where holiness is hard as iron
and the will is soft as wood.
And forgetting myself I remembered
when my mother and father were alive
and I was loved and lived without care.
Oh Lord, grant me a glimpse of your glory!
Falling sheer down a sheet of stone, the stream
collected in a pool before the cave
then ran on, wrinkling around rocks,
meandering in its shallow bed. A white heron
thrust its spear into the pool. The wind
ruffled its feathers and feathered the water.
I climbed the ravine and awaited the ravens.
They came from the west, swirling
like ash—black cinders in a blue sky.
I scrabbled back to the cave and the birds
alighted with a flurry at my feet,
left the food and stepped with dignity back.
They cocked their heads like misshapen dogs
as I lifted the first morsel to my mouth.
As if to disprove their plumage, their eyes
were white—the iris like a sandstone rim around
the black shaft of the pupil that plunges
to the bottom of the brain. I submitted
to their quizzical glances. Satisfied
they strolled to the stream like sheiks:
Bedouins in black robes, hands behind backs.
First one, then another, thrust its beak
into the running water, tipped its head back
to let the liquid trickle down its throat
where its larynx wobbled as it swallowed.
It gave me pleasure to watch them drink,
guzzling the water into their gizzards.
Surely the Book of the Beginnings
is right: God made everything good, very
good. It was not until they had gone
and I had eaten that I began to wonder:
Who baked the bread the ravens brought?
Who slaughtered the lamb for the meat?