Andrew’s speech at the McCauley launch 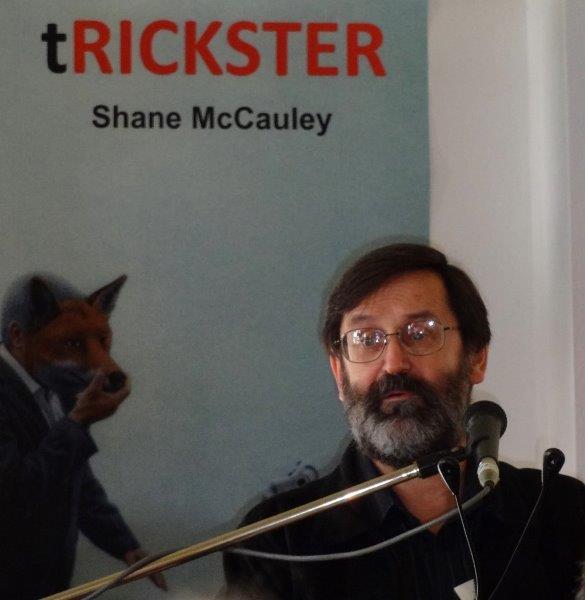 I am deeply honoured to have been invited by Shane to launch his latest collection of poetry, Trickster.

I want to begin my launching speech with a few facts about Shane McCauley, the poet.

This brief overview shows that Shane is a poetry stalwart. In the 1970s, 80s and 90s many people aspired to be poets, published a few poems, even won a few awards, then disappeared from the poetry scene. But Shane has remained true to the calling of the poet for forty years!  He is a serious poet with serious achievement to match.

Shane’s eighth and latest book, Trickster, is further proof of his poetical prowess. And, of course, this book is the reason we have come together this afternoon. We have gathered to celebrate the publication of Trickster and to wish it bon voyage—good journey!—as it sets sail into the world.

Andrew’s speech can also be read on the Walleah Press website here: http://walleahpress.com.au/Lansdown.html