Andrew has won the 2016 Melbourne Poets Union International Poetry Prize. The $1,500 prize was awarded to him for his poem “Kyoto Autumn Maples“, which is a sequence of six tanka.

This winning poem is a model of clarity and economy, of descriptive facility and finely wrought imagery. It is about a foreigner who visits maple groves on the hillsides around Kyoto, Japan. 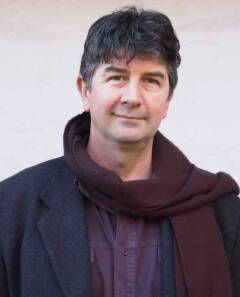 After offering detailed comments on each of the six tanka comprising the poem, Jenkins concluded:

Thus the maples and maple walk register a range of human senses and modes of perception, all accreting into an elegant whole; though not in an over-studied way, but with a light, almost casual hand. In spite of its exotic setting, the poem has an unforced familiarity, that of a traveller simply describing a journey, someone on holiday who is simply looking on – yet a traveller who, as it becomes increasingly obvious – also has a clear-minded ability to deeply enter and appreciate other cultures.