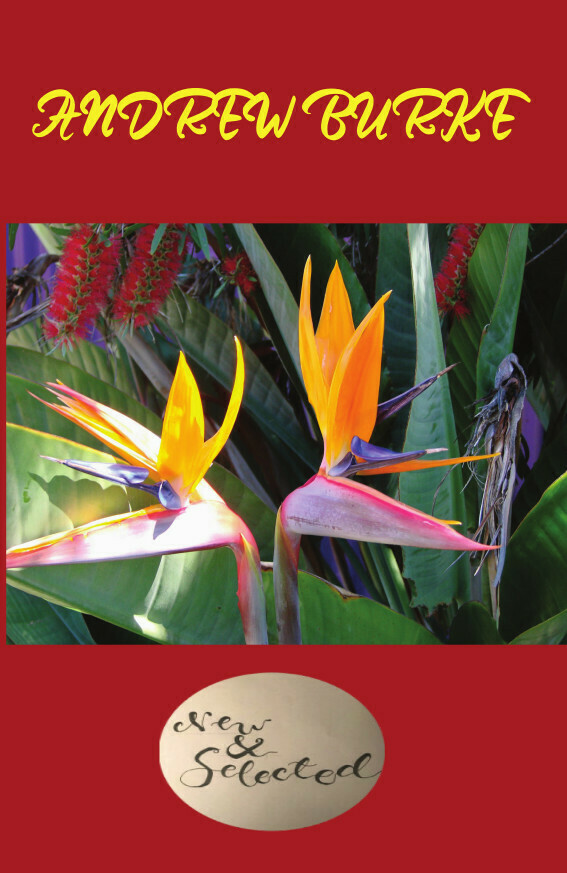 Andrew Burke is an Australian poet whose poetry keeps getting better with the passing years. Some of his poems can be read on this website, and can be read here.

Walleah Press recently released his New and Selected Poems, and it is a fine sampling of his work.

The Biographical Note in the front of the book states:

Andrew Burke is an Australian poet who has lived most of his life in Perth. After his birth in Melbourne in 1944, Burke’s family moved west to expand the family business. In his teens, Burke read ‘Beat’ writers, and they gained his interest more than school work. He published his first short story at 18. He has written on a daily basis ever since—stories, plays, poems, and—to feed family—advertising material and videos. From 1990, Burke taught creative writing and modern literature at universities, TAFE colleges and writing centres. In 2006, he and his wife Jeanette travelled to China where they taught at Shanxi Normal University, Linfen, and, on their return, they taught indigenous children in The Kimberley area of North West Australia. He now dedicates life fulltime to reading and writing.

Here is one of the “new” poems from Andrew Burke’s New and Selected Poems. It typifies the quirkiness and kindliness of much of his work.

I write her down, inspired